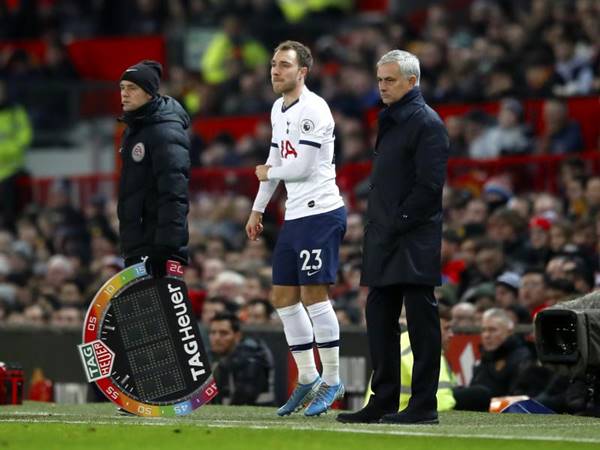 
Tottenham Hotspur asked about the possibility of bringing midfielder Christian Eriksen back at the club two weeks ago.

According to Italian transfer expert Fabrizio Romano, Spurs were keen on Eriksen but the deal is unlikely to happen with the Danish international set to remain in Italy to fight for his place in the team.

The midfielder left Spurs to link up with Antonio Conte’s side in January, joining Inter Milan after five-and-half seasons at the North London club; the move coming after the 28-year-old expressed his desire to look for a new challenge.

Mourinho tried to convince the player to stay after arriving to replace Pochettino and after refusing a new deal, Spurs decided to cash in on the player for £17 million instead of losing him for free.

Eriksen has however struggled in his debut season with Inter with the player starting just 11 of the 25 games he played and has already been linked with a move away from the club.