'Sevilla could find a place for Lionel Messi' - Ivan Rakitic 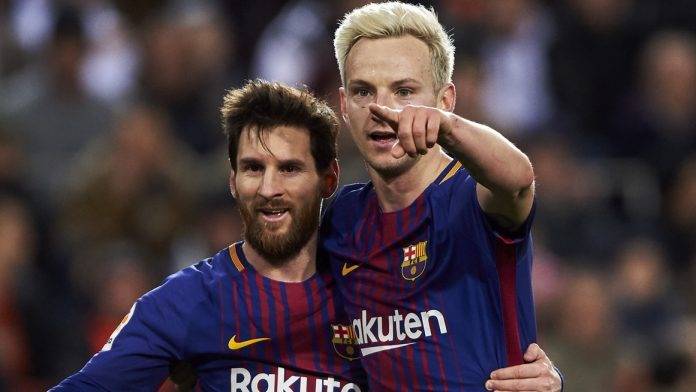 
Ivan Rakitic joked Sevilla could find a place for Lionel Messi if the superstar decided to leave Barcelona.

Rakitic, 32, has returned to Sevilla after six successful seasons at Barcelona, where he won four LaLiga titles and a Champions League among numerous other trophies.

Asked if Sevilla could land Messi, Rakitic said on Thursday: “We would find him a place, no problem.

“No, seriously, I think it is nice to see how the club is growing. Always humble. And this is also what is attractive to me.

“I want to work, fight with my team-mates for making Sevilla even bigger. So, fight, work and I am looking forward to start right now.”

Rakitic’s Sevilla return on the field is set to come on September 24, when the LaLiga club face Bayern Munich in the UEFA Super Cup.

The Croatian midfielder was part of the Barca squad embarrassed 8-2 by Bayern in the Champions League quarter-finals last month.

But Rakitic was unfazed by any suggestions he could get some revenge for that defeat when Sevilla meet the Bundesliga champions in Budapest.

“Big respect for Bayern. Obviously, it will be a very difficult game. We know how strong they are,” he said.

“However, I am also aware of them knowing how powerful Sevilla is. So, we will be preparing that game in the best way possible. There is a trophy at stake – a very important trophy.

“We want to compete well and show them we are a great team. If it is a revenge or not… what I want is to win with Sevilla. I can’t wait.”